What is the Most Horrible Illustrated Book Ever Written

Any writer who doesn’t collect books is lacking in the tools of their trade in my opinion. No matter how many degrees you have, or how many times you can insert the words thus and henceforth into your manuscript, if you don’t read a whole lot you are missing in your writerly education. Seeing the words thus and henceforth would stop me reading anything by the way, but that could just be a personal weird quirk I suppose. Chuck Wendig thinks that reading The Lord of the Rings is tantamount to the worst kind of abuse with all the oldy worldy stuff, so I’m not in bad company. Loved the movies. Chuck is fabulous in general and in his honest originality – poop bits notwithstanding. I tend to avoid people who use words like that. Go away users of the word thus!  I have a huge collection of books. More than 3000 in my Amazon Cloud alone. The paperbacks that I have are all special though, given that space no longer allows for the piles I had previously accumulated.

I will beat old ladies with sticks at boot sales to lay my hands on a first edition of any sort of recipe book or children’s illustrated book. Among other ancient collections of receipts, as recipes used to be called, I have a first edition Mrs Beeton which is much loved. Apart from the dead parrot recipes and lark’s tongue bits, I love it. Lark’s tongues on the menu – seriously? They are rare (the books – and the lark’s tongues I expect) but finding a really old children’s book in good condition is a much rarer find. Children tend to be a little rough with their books, so they don’t tend to survive as long as recipe books. Looking in general at the children’s books that are most sought after online the other day – as you do, I opened a list of “the most horrible children’s books of all time” thinking that it might be good for a laugh. It was. Then I found lots of people listing The Giving Tree as the most horrible. I had to look.

I tried to read it with an open mind. Some people said that it was a lesson in selflessness. Others said that it had been banned in schools – or libraries – I forget – because it was sexist. I tried really hard to wear my “what we writers write is our business and if you don’t like it you can lump it hat” but I couldn’t keep it on. Adults can mostly see the truth for themselves, apart from those who still think that 50 Shades of Gray is still the best book ever – but children learn from books. In The Giving Tree, the tree loves the man so much that she is prepared to give him anything. He is not backward in coming forward with requests, and soon he has taken her apples, branches, and finally her whole trunk. The fact that the tree is a she and the human is a he might have some meaning, in which case, it is indeed sexist. Finally, the poor tree is left as a stump, and the final illustration in the book is of the man sitting on it.

The overall message I got from this book was that it is loving to be a doormat and take any abuse coming. It is loving to let someone take and take until there is nothing left of you, and then to finally disrespect that nothing by plonking his backside on it. On the other side of the issue, the lesson is – it is fine to take as much as you want from someone who loves you enough to be prepared to give it, no matter how big of a tool you are, and then – when they are all in – it is fine to sit on the bit of them that is left after your selfish depredations. A horrible book indeed.

A couple of years ago I wrote a children’s book (Winnow and Blooey)  – even got around to illustrating a few pages – about a little boy who learns how to respect and care for his badly neglected budgie from a fabulous wild canary after getting lost in the woods, and accidentally shrunk when he got hungry enough to eat a wild mushroom. Yes – I know – magic mushrooms are probably not the best subject for kiddies. When I really got around to thinking about it, I was so terrified about leading young minds in dodgy directions that I trashed it right away. Now I am very happy to illustrate for children’s authors who know what they are doing, but not at all ready to take the chance myself. Whoever published The Giving Tree hopefully meant it for adults, although what the actual message was still eludes me. Also – children like picture books if they can lay their hands on them – no matter who they were intended for, so it is generally dangerous to leave lying around. It has 2659 five star reviews on Amazon – over ninety percent loving readers, but so far, it is the first book, ever, that I have considered giving one star. That seems too much to me so I am going to give it my newly minted MINUS TEN STAR PANTS award. Hopefully it will teach the people who read it that it is a book about how not to behave – both as the tree and the human. 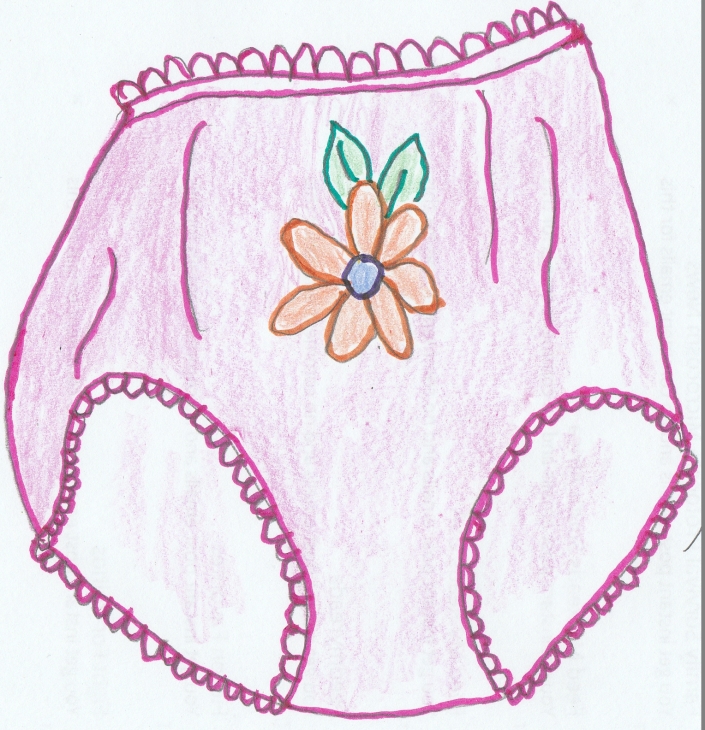 This entry was posted in Awards, Reading, Uncategorized and tagged The Giving Tree, Worst Book Ever.

Oh dear! That bad, eh? But those drawers are interesting.

Ha haaa Cynthia! I love the word drawers!!! I’m seriously laughing so hard my stomach hurts. Seriously though – a horribly depressing thing – all copies should be burned if I had my way – a horrible representation of the human condition if that was the intention. The drawers – an ancient doodle that is definitely worthy of a minus 10 star review. Writing for little minds should be left to those who know how to do it – like you. ❤

I recently listened to The Nightingale and the Rose being read, accompanied by piano – DID. NOT. LIKE. IT…

I always disliked The Giving Tree since I first read it eons ago. (I didn’t read it to my children.) I tried to find a tongue in cheek satire usually associated with Shel Silverstein, but could not. Maybe a lesson to all women to avoid the kind of guy who only takes was intended. I could not find that either. I agree with your conclusion and believe there is no redeeming value. Thanks, Jo.

Thank you John – it is a truly terrible book. It made me wonder why the author actually wrote it. Even from a point of personal pain – maybe it should have stayed that way.

I went to 2 “Lord of the Rings” movies. All I remember about them was thinking, “Wasn’t that the same battle scene I saw in the last movie? Not a fan, but I have to admit the cinematography was amazing.

Ha haaa! I will probably leave the pants alone now. I love movies heavy on the special effects. I know that there are people who didn’t like the Lord of the Rings books or movies but I’m definitely a groupie. The books are very hard to get into though. I suppose people had a lot more time on their hands when they were written – now everything seems to be getting shorter and sharper. 🙂

I’ve noticed that, too. If you watch older movies, there’s a build-up. Most newer movies start out with a bang to keep Iphone users at attention. 😀

True. It seems that even writing Whatsapp messages these days is too slow – it’s voice notes all over the place so whoever’s with you gets to listen to your messages too. 😀

Years ago we probably wouldn’t have thought about the women’s rights involved in a book like that. Times change. The tree sounds like an old mother with a selfish child. —- Suzanne

I agree – very selfish. Maybe if he had seen the error of his ways rather than sitting on the remnant of the poor tree I would have got it. ❤

This is so funny. Lol… Hope I never get your minus 10 stars pants award. lol. Btw… Another review for you Jo: https://authorkevincooper.com/2019/03/29/nkoninkoni/

Never! I love your books Kevin – now that I’m getting back up to speed I want to re-read Miedo 2 to start with on your list – you have new ones too i see – cool! Thank you for your fabulous review!!!! ❤ ❤

Awe, thanks Jo… I can’t begin to tell you how much that means to me. As for the review… It was a pleasure… I genuinely enjoyed the read. 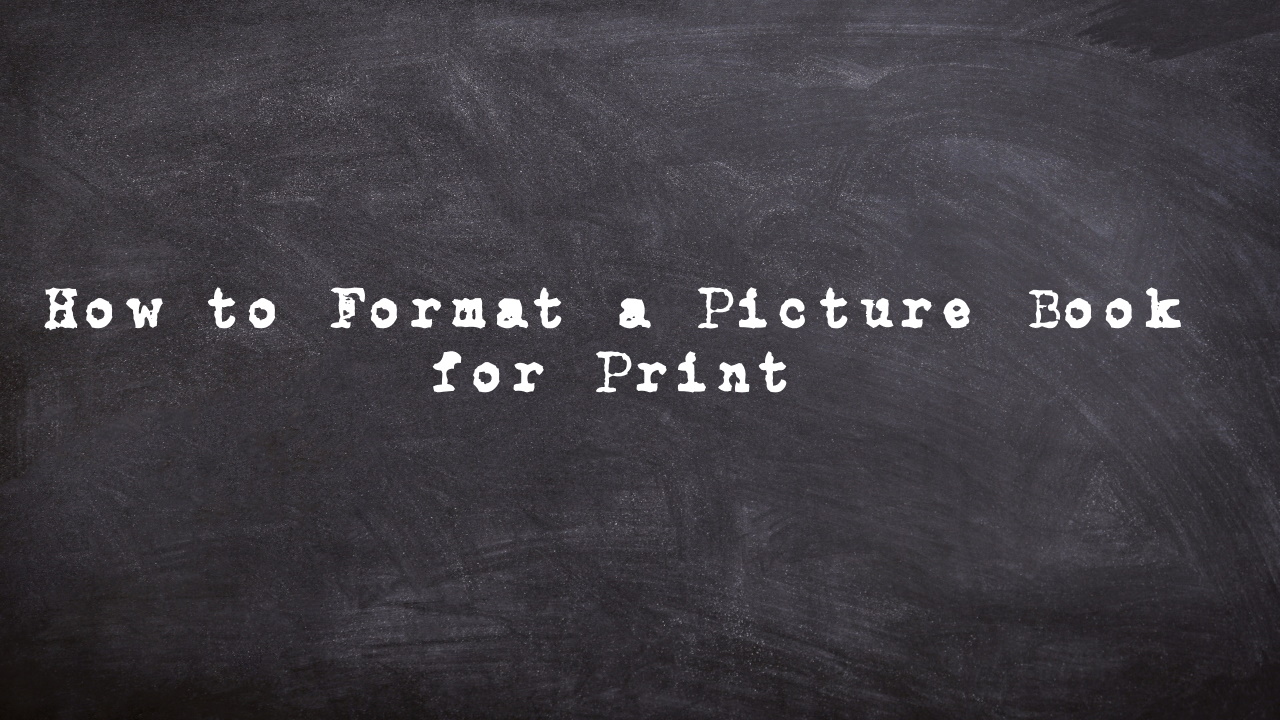 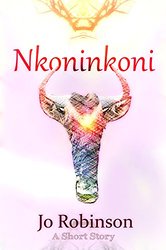