Marian Allen Shows Me The Way

Marian Allen rose to the occasion and flexed some of the most buff, ripped, author muscle I have ever seen. Cool!!

This entry was posted in Uncategorized, Writing & Indie Thoughts and tagged Blogging, Genius, humour, laughter, Marian Allen, Reading, Story A Day, We have Marian Allen., Where to go when you're sad, Who needs Tim Allen, Writing.

I’ve crested my tantrum limit level, and moved over to the other side – laughter. Sometimes things just get so ridiculous that you have to. I’ve decided to take the high road, and not give whatever little nobble-a-writer demon it is that is doing his level best to… well…, nobble me, the pleasure of whining about the challenges of the last few weeks. I will instead say, that at the rate I’m going, trying to fix glitches all over the place with only a couple of hours of power a day to log on, I will soon be able to charge for my services as a vessel of supreme knowledge of arbitrary glitches. The final glitch repair currently involves the removal of the back of my computer, giving its innards a little vacuum, and finding out the meaning of errors dhep and tcpip. Some sort of running out of space thing – delete stuff you tool – sort of thing. Apparently this is what’s causing it to reboot itself every time I get to some key point in whatever it is I’m doing. Then there was the flying halogen bulb shattering incident. And I won’t mention the egg thing again.

You see where I’m going here? It’s a frontal attack. Combined with the recent iniquitous widget WordPress debacle, and the malevolent fiddling with the electricity, this final torment can only be the work of a particularly foul demon straight from the seediest neighbourhood of the nether regions of hell. Rotten little sod. And then. I loudly wished Shakespeare happy birthday today instead of yesterday. The internet being what it is, I’m sure a bit of his shade is lurking in there somewhere, plotting revenge against a scribbler, of all people, getting the date wrong. Anyway.

Horrible as quite a few of the learning curves I’ve been on have been, I’m quite glad that I’ve stuck it out. Knowledge acquired is never lost. Unless you get bashed by a falling bit of space rock, which, just lately, doesn’t seem implausible. But all in all, not too bad a trip, as far as my trips are capable of going. 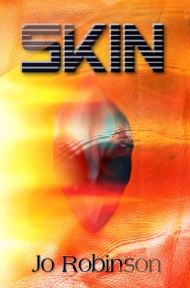